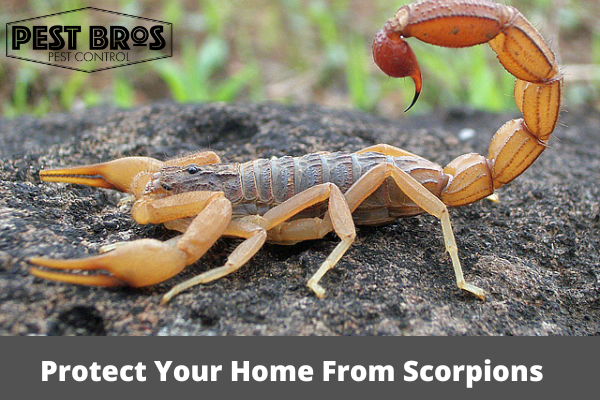 How To Protect Your Home From Scorpions

Getting stung by one of these can be very painful. Although deaths from scorpion stings are uncommon, they pose a threat to young children because of their venom.

Here are a few steps to keep scorpions away from home and family.

Fill Up The Holes And Cracks 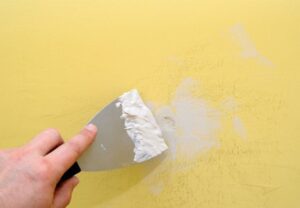 The first step is to check the condition of your home’s seals. Find any cracks or openings around the outside of your home and cover them up. If you detect any cracks or gaps, seal them up. It’s also a good idea to update the weather stripping on your entry and exit doors. Sealing off your home can also prevent additional insects from entering your home, which will help keep your utility costs down.

Look Through Clothes And Bedsheets 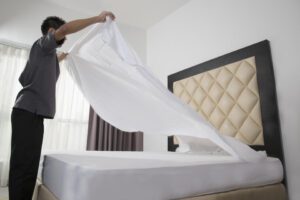 It’s a good idea to check the sheets for yourself and the kids before lying in. Scorpions love to take shelter there. Don’t just leave dirty clothes in piles on the floor, either. Make sure no surprises are hiding in your shoes before you slip them on. You don’t want to get stung before night since these little critters may get in just about anyplace.

Eliminate Other Insects And Pests

Scorpions consume other bugs and insects, such as cockroaches and ants, making them even more terrifying. If you’ve had a problem with scorpions, you almost certainly also have a problem with ants or cockroaches. Before you try to solve the scorpion problem, you should check to see whether you have any other pest infestations.

Manage The Lighting Outside The House

It’s not common knowledge, but some types of outdoor lighting can also attract scorpions to your yard. New occupants should inspect the external lighting of their property and consider using yellow light bulbs rather than white ones to limit the amount of insect activity. This will discourage scorpions that are out looking for food.

Use A Little Bit Of Cinnamon 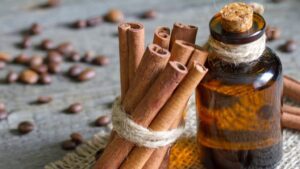 As strange as it may sound, Cinnamon acts as a natural repellent for scorpions. Cinnamon may be used to make it more difficult for scorpions to enter a home by sprinkling a little bit of the spice along the baseboards and window frames. There is no need to be alarmed if you have any pets. Cinnamon is safe for both cats and dogs. You must not put cinnamon sugar on the ground since doing so will attract more pests and insects.

Put Out Some Traps

Sticky traps, which are often used for catching insects or mice, are also effective for catching scorpions. Place them in the shadowy areas of your home and around any water sources that you may find. As soon as you capture a scorpion, get rid of the trap and replace it with a new one.

If scorpions keep finding their way into your house, you might consider calling the professionals at the Pest Bros. We will assist you in removing the pests and fulfilling your needs related to scorpion control. Contact us now for more details.